On 1 July 1864, the Metropolitan Railway opened a new branch from Ladbroke Grove heading to Kensington (Olympia) instead of Hammersmith. The actual branching point was west of where Latimer Road now is. This link connected to what is now the London Overground north of the current Shepherd's Bush Overground station. The link closed in 1940, so I had to use the Chronoyster on the Overground from Shepherd's Bush down to Olympia.

Route map of London Underground as it was 1 July 1864 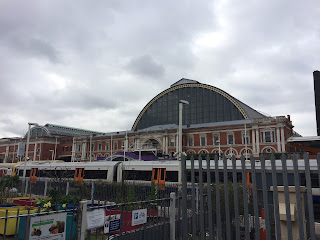