On 1 October 1868, a new branch of the Metropolitan District Railway opened between Edgware Road and Gloucester Road

Route map of London Underground as it was 1 October 1868 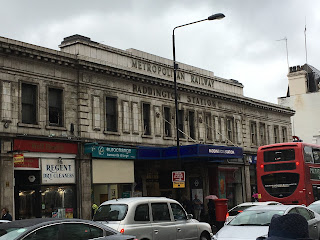 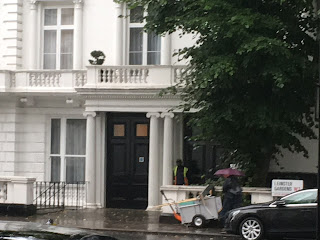 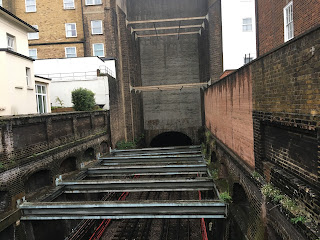 Bayswater gave me an opportunity to visit the "houses" at 23 and 24 Leinster Gardens. When this branch of the MDR was built using cut-and-cover, an open gap was required so that the steam locomotives could "vent off". Rather than leave a gap in the terrace of houses, fake facades were used at numbers 23 and 24 to match those of the properties on either side. Complete with fake doors and black painted "windows".

Leinster Gardens was mentioned in the season 3 episode "His Last Vow" of "Sherlock", although I doubt there is even space for the narrow corridor they show.

When I visited it was raining hard and I didn't stay any longer than necessary. The street cleaner in my photo is sheltering in front of one of the fake doors. He obviously knew there were no residents that would mind. 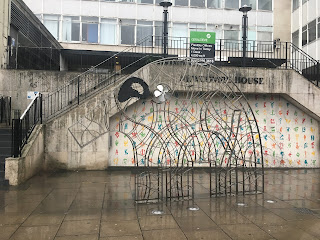 Still raining, so I was rushing to find anything to represent Notting Hill Gate, and settled on this wiry elephant. 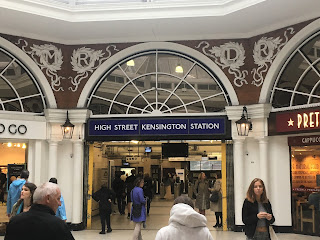 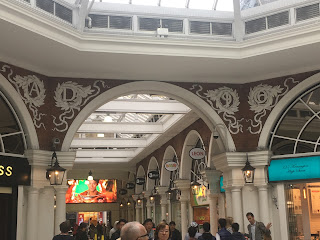 Have you ever looked up at these motifs? "MR" for Metropolitan Railway, "DR" for District Railway and "AD 1906" for the year when the original station was replaced by the shopping arcade. 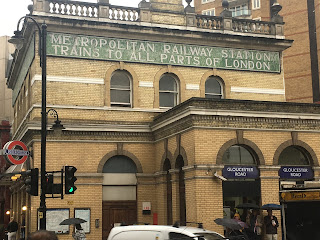 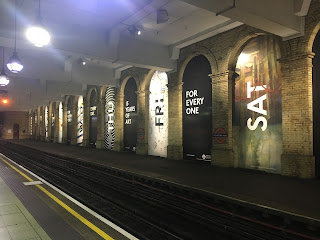 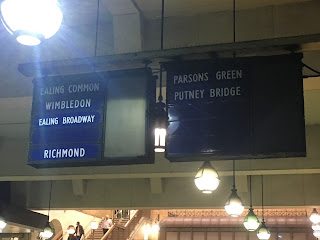