I live in northern Southampton, and it turns out that, by the margin of 82 metres, Millbrook is the closest National Rail station to my house, as the crow flies. 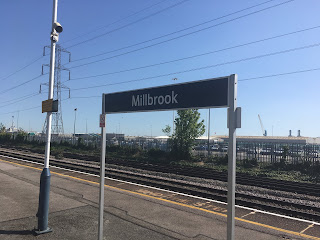 Millbrook is an un-manned, un-gated station, the first stop west of Southampton Central. The railway here is sandwiched between the docks and the dual carriageway which is the main route west out of Southampton city centre. Everything is linked by a long bridge which starts on the far side of the dual carriageway, gives stair and ramp access to the side of the road just outside of the station and joins to the older-looking bridge of the station itself. The station has an island platform facing the inner slow lines, whereas the fast lines pass by on the outside. 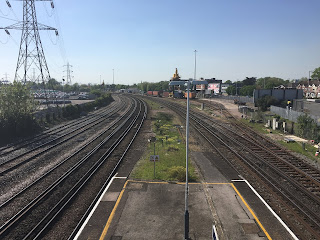 Looking west towards the Freightliner terminal. 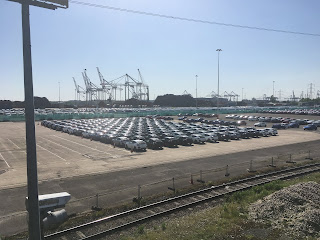 Imported cars at the docks waiting for distribution. 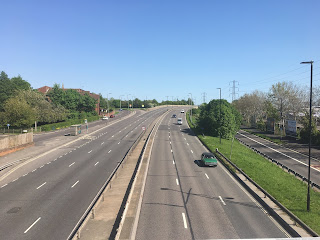 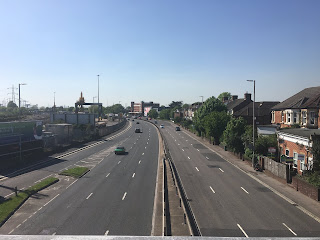 The dual carriageway. It's usually a lot busier - it was a Bank Holiday Monday afternoon.
Posted by Michael Churchill at 16:58

Email ThisBlogThis!Share to TwitterShare to FacebookShare to Pinterest
Labels: Close to home