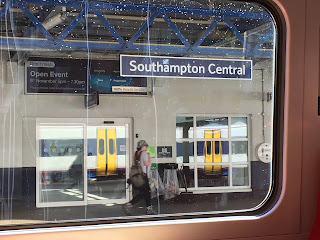 Southampton Central is the main station of the city. It sits between St. Denys and Millbrook, which I have already blogged. Because of the way the railway curves through the city centre, it is slightly further from my house (only 459m further away than Millbrook). 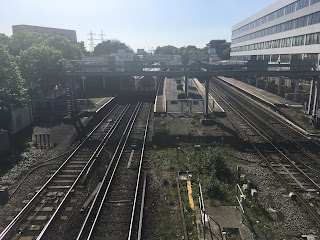 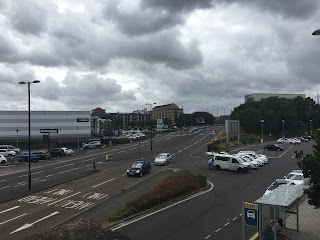 When the station first opened in 1895, it was right on the seafront. A series of land reclamation projects expanded the docks, largely funded by the London and South Western Railway, left the station landlocked and allowed it to expand from two platforms to four. 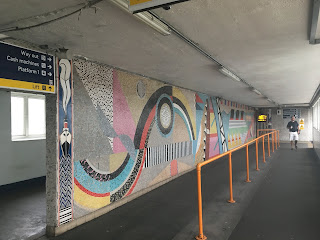 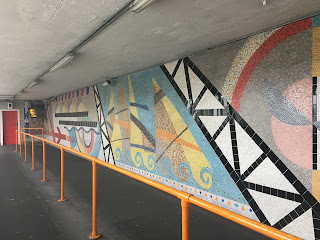 The passenger footbridge within the station, includes this mural which was installed in 1988.
Posted by Michael Churchill at 09:53

Email ThisBlogThis!Share to TwitterShare to FacebookShare to Pinterest
Labels: Close to home